14 Tips to Go Viral on Twitter Without Many Followers 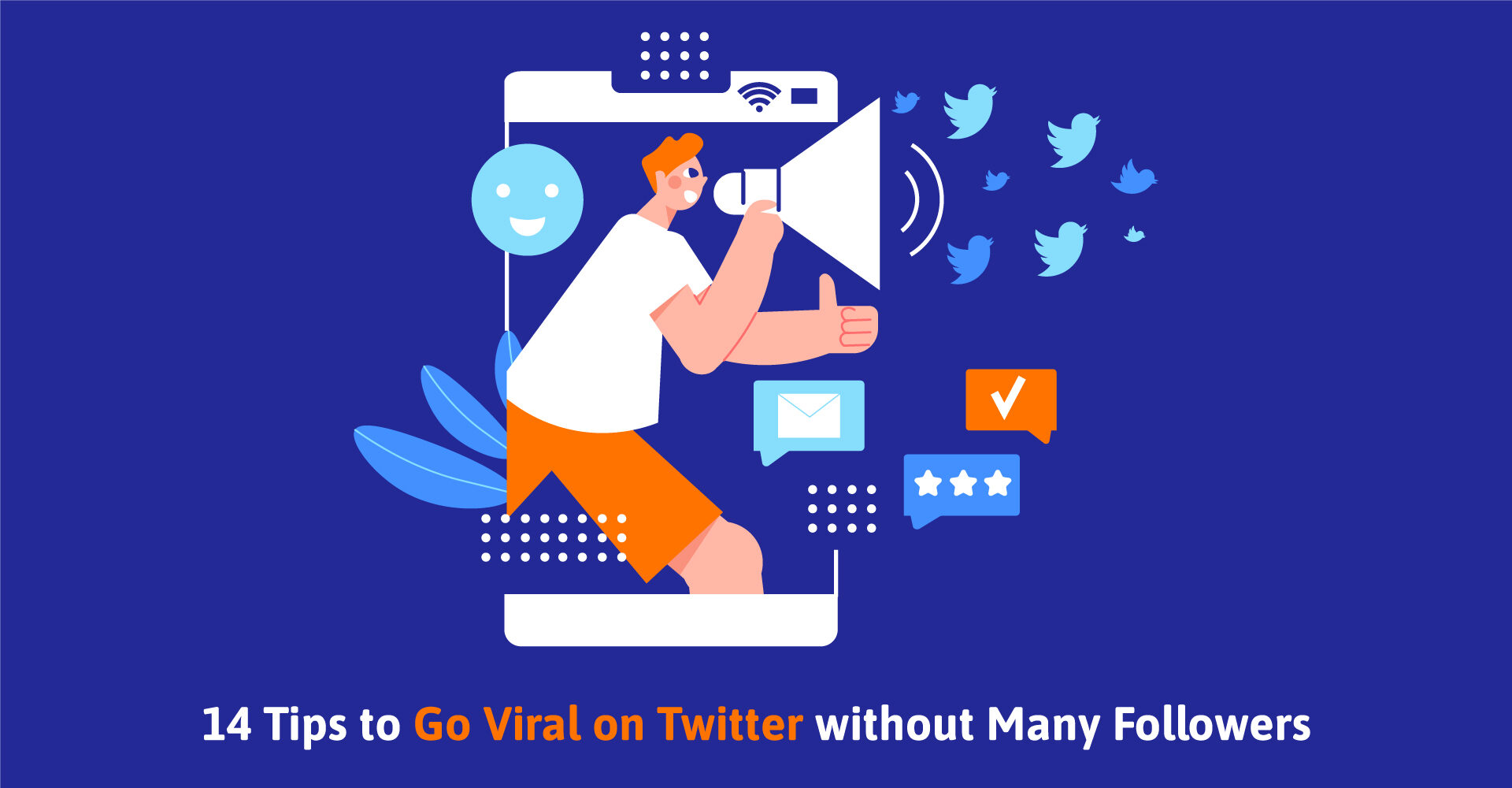 Some companies may question whether concentrating their efforts on Twitter is a waste of time, given the prominence of new social media platforms like Instagram and TikTok. But Twitter is still very much in operation. According to data from the Content Marketing Institute,

Going viral on Twitter used to appear to only occur by accident. Users would tweet their opinions or share a tale, then leave the app and get on with their day. When they opened the app again hours later, they would find hundreds of comments, following, and responses. Today, creating the ideal viral tweet has nearly reached the level of art. People labor tirelessly to connect with their audiences, which helps them go viral.

Then what decides specific tweets go more popular online than others?

This post will demonstrate how to make a tweet go viral (or at least boost your chances of doing so) and attract much-needed customers to your company.

But before that, let us understand what exactly is a viral post:

A tweet that goes viral is quickly shared, retweeted, or cited by many people. A viral tweet gets people talking, even if there are no established guidelines.

It may be a query, the start of an amusing Twitter conversation, or even a brief remark that draws attention to a societal problem. In any event, a trending message gets Twitter users' attention.

How can you ensure that your tweets stand out from the competition?

Running a Twitter giveaway is one of the most acceptable methods to have your tweets go viral. Freebies are popular, but competitions may also expand your audience to thousands of Twitter users. It is a great Twitter marketing strategy. 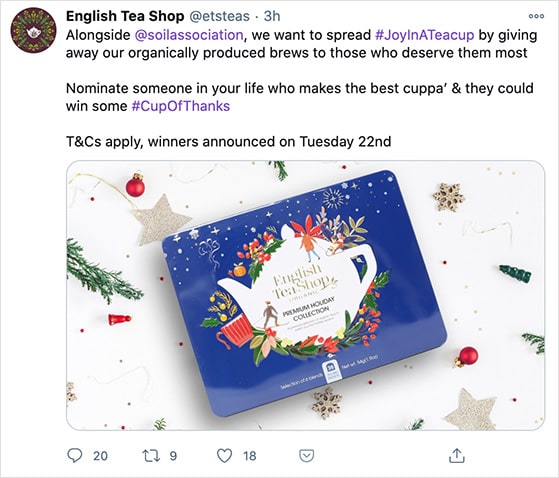 You can try RafflePress to organize a Twitter giveaway. It is a powerful WordPress plugin with all the resources you want to create popular Twitter competitions. Additionally, if you use the pre-built social media giveaway templates in conjunction with potent refer-a-friend strategies, you can achieve a crucial viral status.

Asking for retweets is one of the simplest methods to make your tweets go viral. You may ask for a retweet in exchange for giving away anything to your followers, like money, clothing, or non-fungible tokens (NFTs). 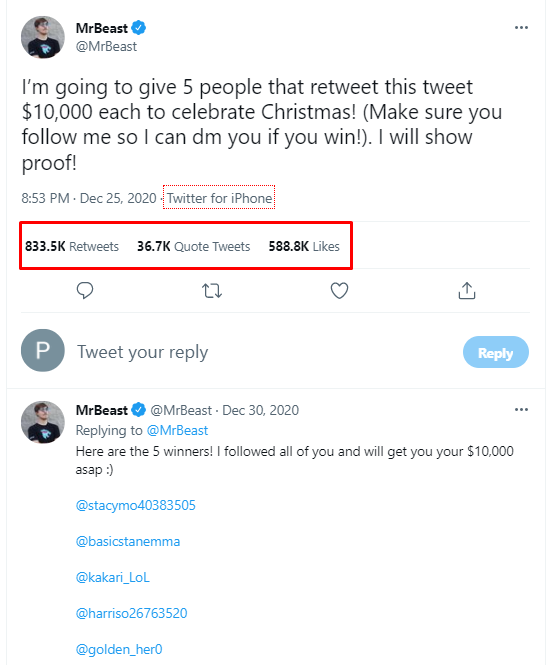 Companies frequently use this strategy to market their goods or generate interest in recently announced products as a part of social media engagement services. You can host a contest to promote your brand and its products, and in the process, you can get rewarded with a trending tweet.

Icebreakers! Yes, you read it right. Never undervalue the impact of a straightforward query. People like interacting with one another and exchanging random anecdotes, recollections, or personal information. You can consider starting the discussion about any silly thing which gives others a chance to participate.

The most pleasing aspect of this strategy is that you don't always have to ask questions touching reality. Such tweets will allow hundreds of others to be imaginative and innovative and, in turn, help you go viral.

4. Include Links In Your Tweets

Tweet links to relevant websites, news stories, or online publications that will be of interest to your followers. Create a clear call to action to get them to click the link. 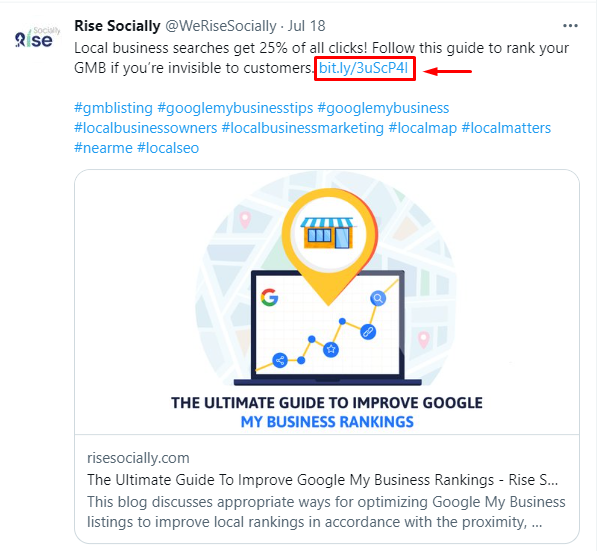 Users who are inspired to share your link after learning something new from your resources will give you extra retweets. Your followers pick up some further information, and your website gets more visitors. There are benefits for everyone that can be availed with the help of the best digital marketing services in India. You can use links to highlight a recent publication or offer your audience a brand update.

Even the most flawless tweet might occasionally disappear into the Twitter void if it is tweeted at the wrong moment. You must consider when your target audience is on Twitter most frequently if you want to time your tweets precisely.

Another aspect of tweet timing is getting on the response bandwagon before it's too late. For instance, Wendy's responded immediately to Facebook's announcement that it was changing its name to Meta with a viral tweet.

You are not required to fit all your content into one tweet to become viral because Twitter threads are becoming increasingly popular. Sometimes all it takes to start a viral thread is one standout tweet or headline. 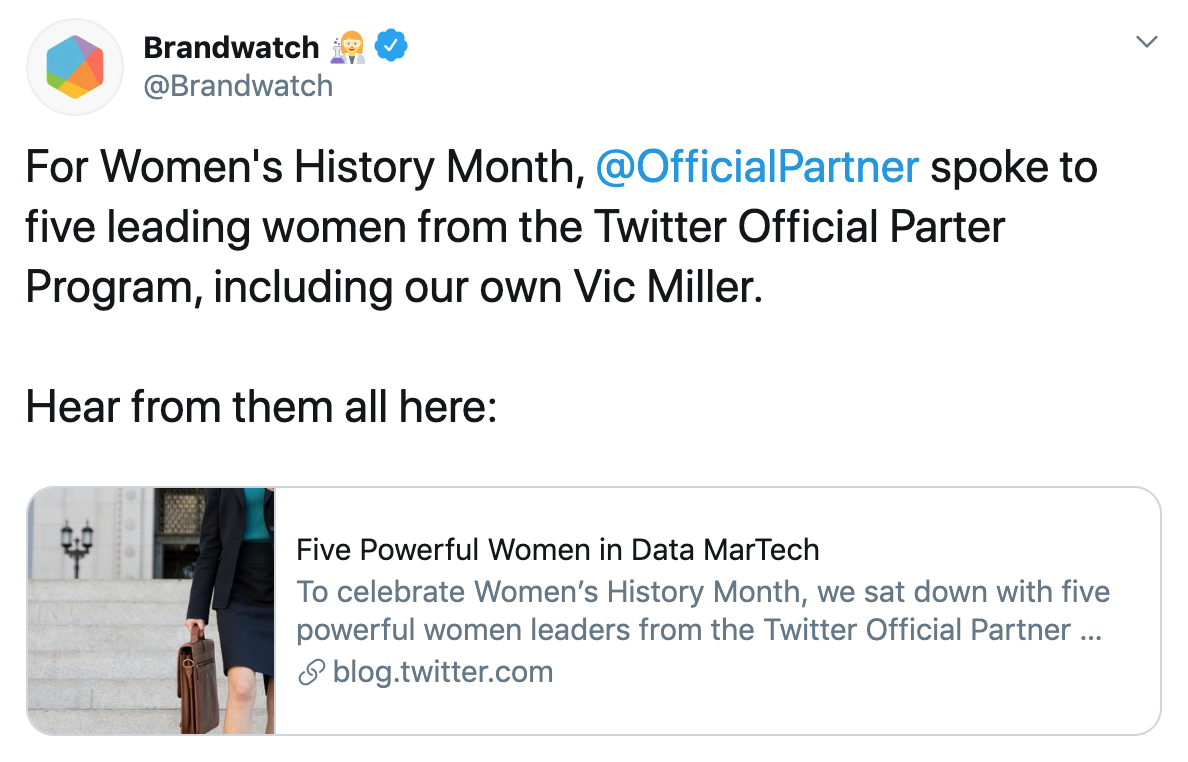 A compelling opening keeps readers intrigued by your tweet or thread, even if you don't have a line of threads. You might enthrall and educate your audience while directing traffic to your Twitter account. Therefore, in the first tweet of your thread, always state what it will give and how it will benefit your audience.

A hashtag is a powerful tool for connecting with your fans. The idea behind how hashtags function is to gather tweets around a specific topic. Therefore, adding the popular hashtags from Twitter marketing services can make your tweet stand out from other popular issues, causing it to go viral and gaining your likes, retweets, and retweets. Select 20 hashtags related to your content, then use Twitter search to find them. You will discover a lot of previously popular material that is relevant to your own. There may be some discussion threads there as well.

Start participating there and contributing your insightful ideas. Instead of attempting to spam them immediately by adding some links, interact with all the individuals participating in those discussions. Once enough individuals contact you, you can simply share the URL to any website you may have.

Like tweeting current events, employing popular hashtags and trending subjects on Twitter can increase your exposure. Tweets regarding recent events, the weather, politics, current holidays, and other relevant topics are frequently retweeted and favored by users. 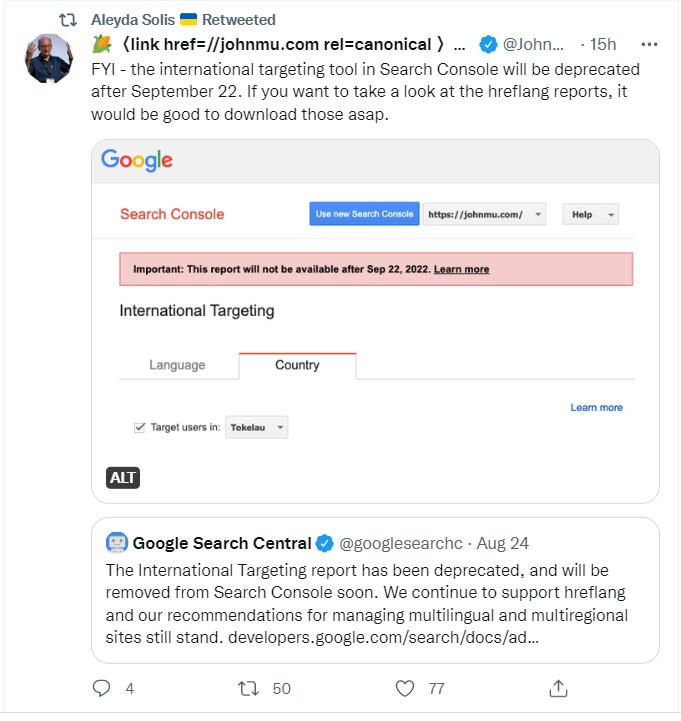 Include your stuff in the news if you can. Twitter could give you more attention. But keep in mind that this tactic could not work. Using a piece of information for your personal gain might be seen as selfish and improper.

9. Inject Humor Into Your Tweets

Use this to your advantage because it's the reason why everyone occasionally uses Twitter to chuckle. You may turn a mundane conversation into a humorous tweet by coming up with a witty personal anecdote, making fun of yourself in front of your followers, or using your sense of humor. Brands have been known to use comedy in their profiles, and tweets won't be far after. 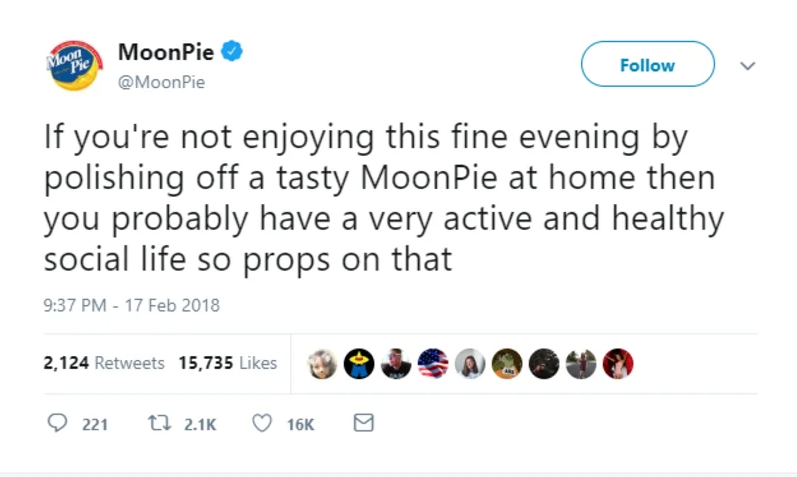 If you're having trouble coming up with ideas, consider an everyday chore or occurrence in your life or place of business that may use some comedy. While you should never be offensive or improper, keep in mind that the correct amount of humor may be all you need to boost the popularity of your tweets online.

There is usually some sort of hot Twitter meme. They may be a specific cartoon graphic or a tragic celebrity video. Memes generate much interaction on Twitter's social media marketing services.

According to recent YPulse research, 75% of users between the ages of 13 and 36 regularly posted memes. Include memes or a popular trend in your tweets if you're trying to connect with a younger audience to enhance your chances of becoming viral. To find out which tweets your audience prefers and increase your chances of becoming viral, you might need to send more than one trending tweet.

Telling a personal narrative is a sure way to compose a tweet that goes viral. You may get better results if your tweets are less informative and unique. Here are some examples of how you may use your own experiences to relate to your content:

Even if Twitter's character limit has been raised to 280, it might be challenging to keep your messages concise. How else will you be able to say everything you want to?

However, the fact is that one should keep tweets to a minimum. There is a character restriction for tweets on Twitter. As a result, it might be challenging to write concise, to-the-point tweets. To allow space for the mention, hashtags, and links, it is really advised to keep your tweets brief or approximately 110 characters.

Nobody wants to subscribe to a page with dull, pointless information. Make an effort to publish helpful, actionable information for your audience. Their desire to share your material will increase because of how much it speaks to them, increasing your chances of becoming viral. 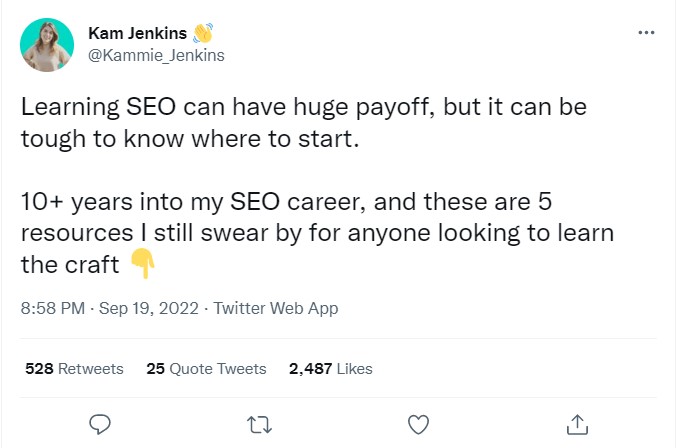 You might also give lesser-known advice regarding professional abilities like SEO or copywriting by incorporating click- and conversion-generating suggestions that many people could find helpful. Remember to point out again how reading this topic will benefit readers. Your thread will more readily reach its intended audience if you do this.

Engaging your followers by addressing their feelings is another technique to boost engagement. Writing tweets inspired by personal experiences or typical industry incidents will resonate with your followers, even if you don't want to overshare.

Although photographs, illustrations, and infographics are less common on Twitter than text-based contributions, they still have a home there. You might not even need to speak to persuade your audience. The tweet should have all the information you want. The post's relatability also resonates with the audience and makes them want to retweet the concept behind it.

Can Your Tweet Go Viral Even Without No Followers?

Even when you have no followers, your tweet still has a chance of going viral. It is because other people can still see your tweets. Although it helps in specific ways, having followers has nothing to do with viral tweets. However, it's not just about fans.

Making your tweet go viral is thus not difficult. All you need to do is adhere to the advice above and make sure your tweet is unique, inventive, and unusual. You can also take guidance from an experienced SEO services agency.

Additionally, once you've created a material that should be highly infectious, you may deliberately 'infect' people who aren't already followers of yours by joining pertinent groups and discussions (e.g., through #hashtags or discussion boards). You may also spread the word about your tweet by sharing it with as many people as possible. Be careful to be original in your tweets so that others find them interesting.

And as we've shown in this post, adding those components may enhance interaction, broaden your audience, and make your tweets more likely to go viral. There you have it, then. You now know how to become famous on Twitter. Now all you have to do is put everything together and start tweeting trending topics.

Tweet about issues that are important to you and pertinent to many people's experiences. Even when you're attempting to promote your tweet, make sure it is high-quality information, whether it's news, a warning about something, a how-to guide, a download link, or anything in between!

A tweet that goes viral gets swiftly shared by many people. A tweet is deemed viral if it receives hundreds of thousands of retweets, Twitter likes and comments, yet there are no hard and fast standards for what constitutes a viral tweet.

The peak period for tweet volume is between noon and 1:00 p.m. when the most tweets are posted. The hours between 3 and 4 a.m. saw the fewest tweets sent.

No matter how popular or effective a tweet is, Twitter doesn’t pay anyone for it. In fact, it doesn’t distribute its advertising revenue to its users as YouTube does. 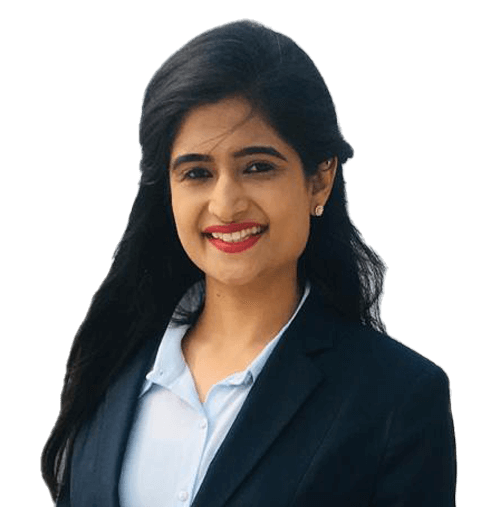 Khushi Jobanputra is an Experienced Digital Marketing Specialist with a demonstrated history of working in the information technology and services industry.
← Previous Next → 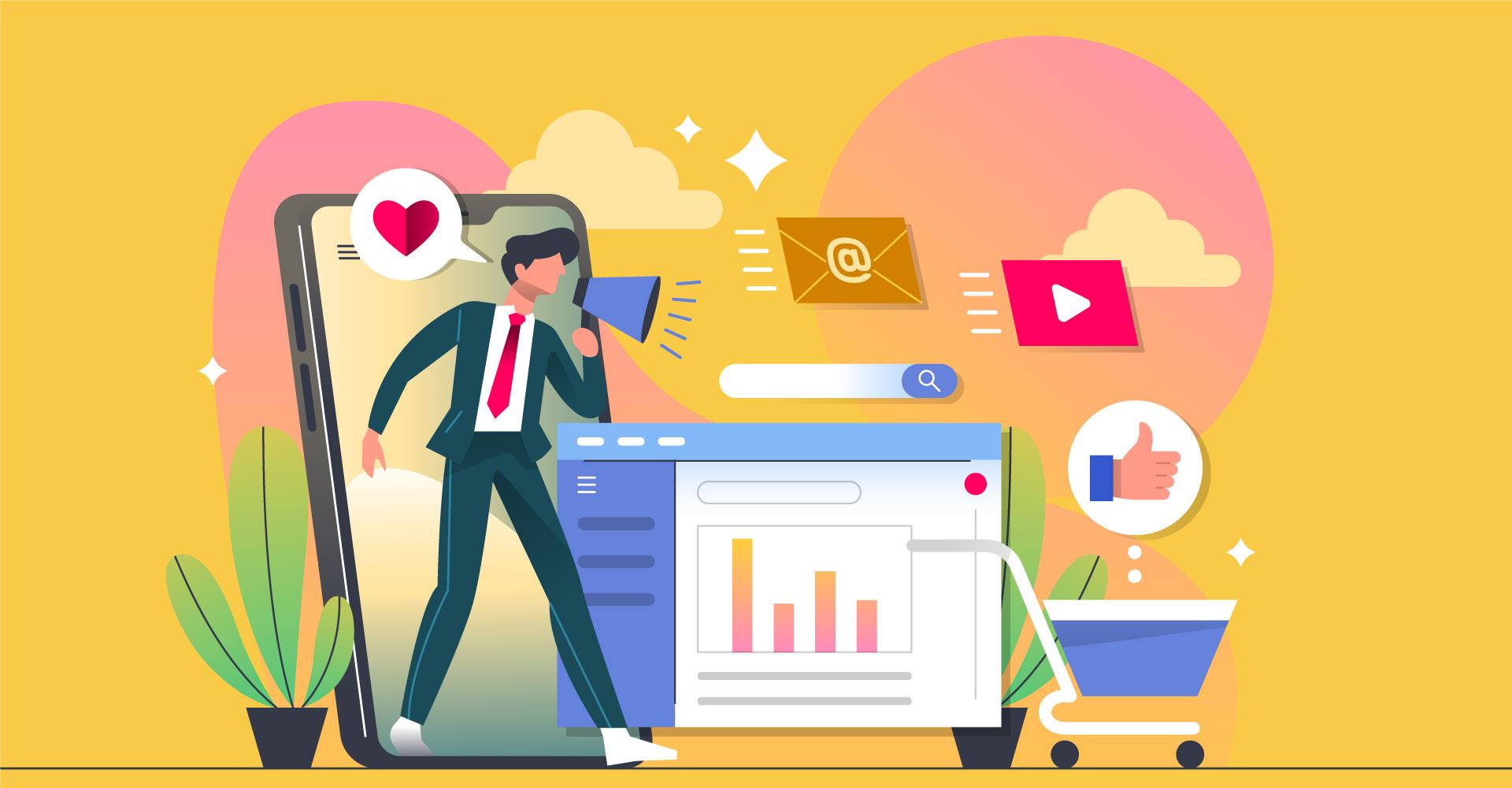 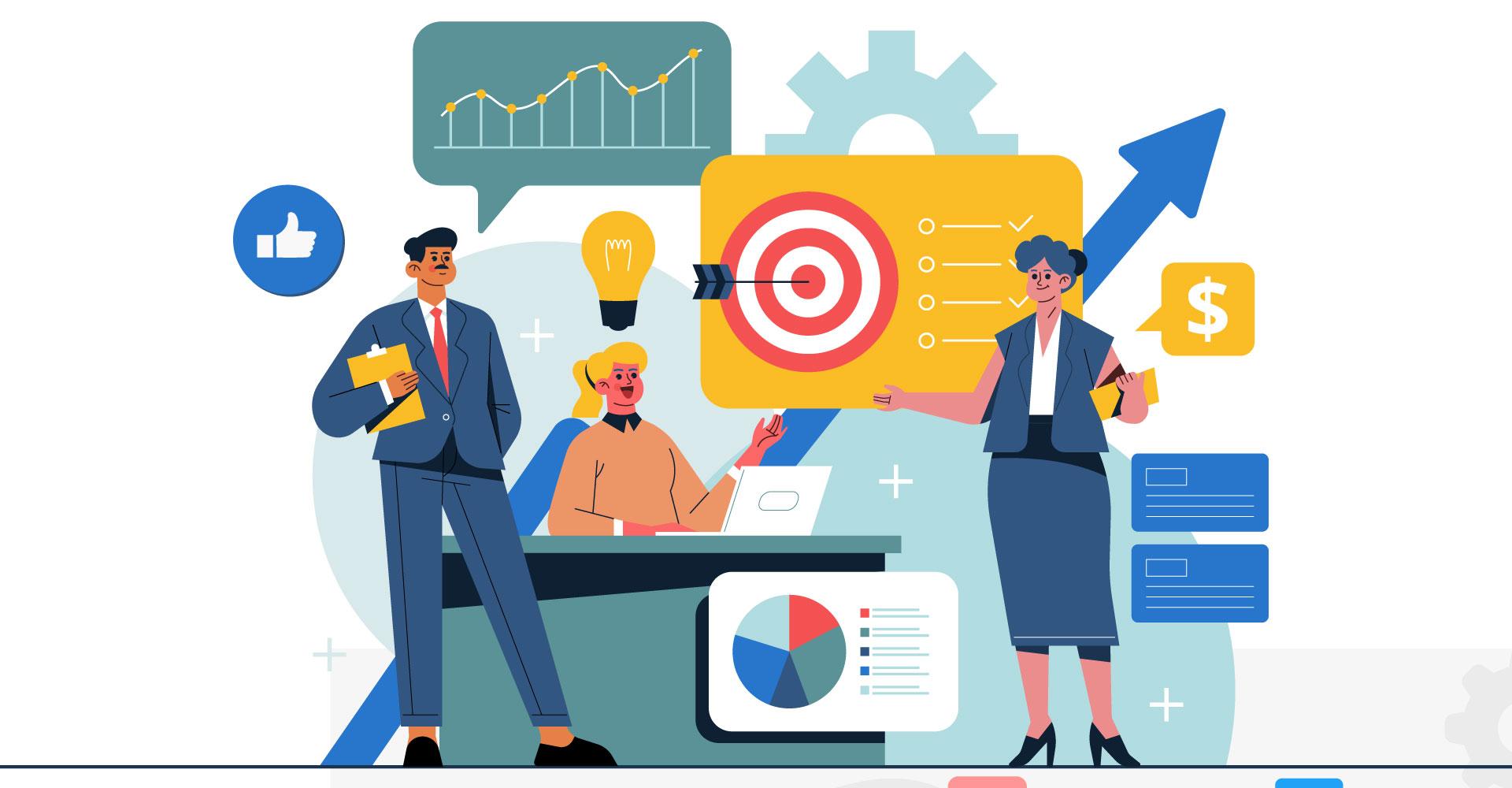 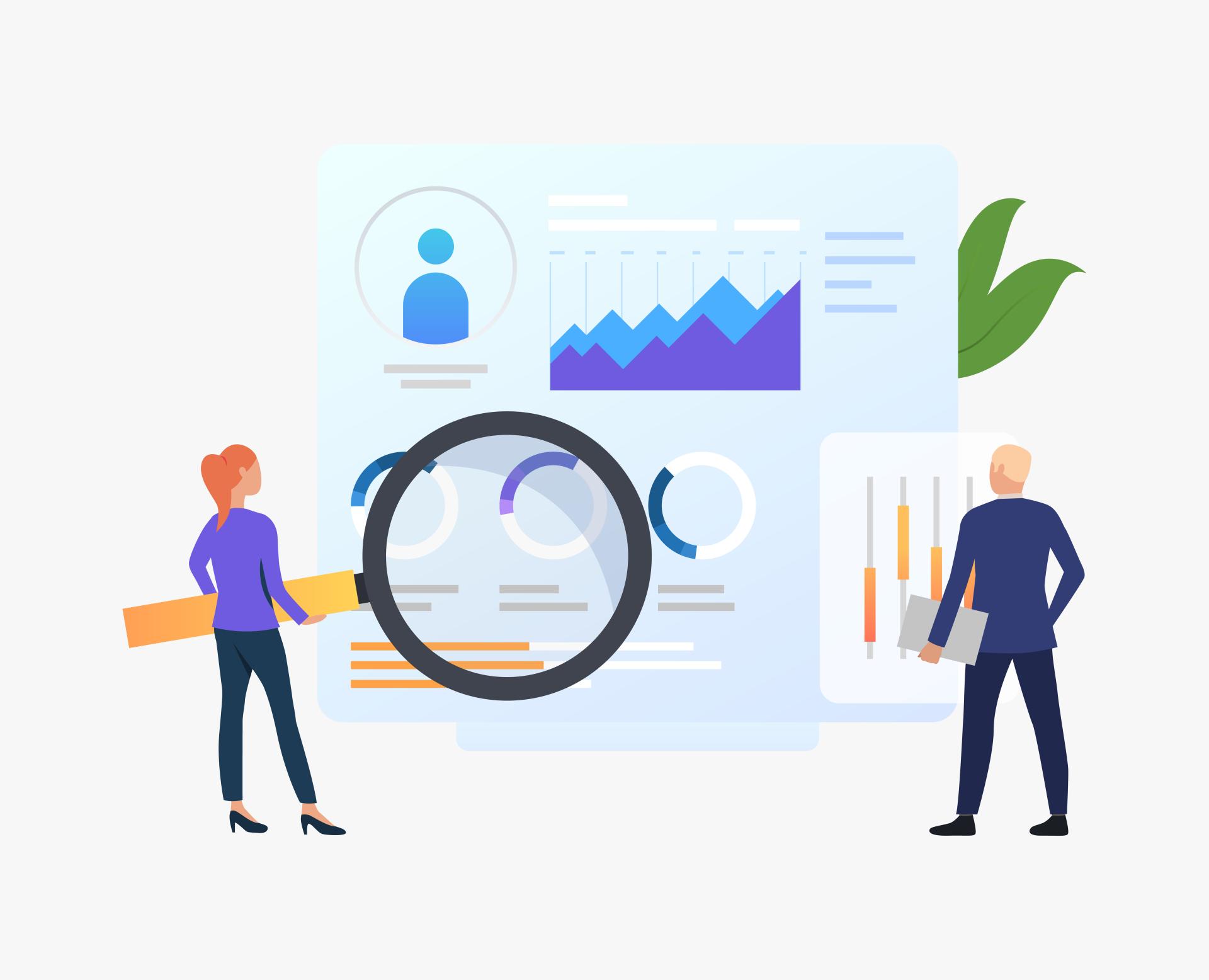 How To Create Result-Driven SEO Strategy for 2023?

Just as the year 2023 is knocking at our gates, we must admit the stiff competition among websites for online…